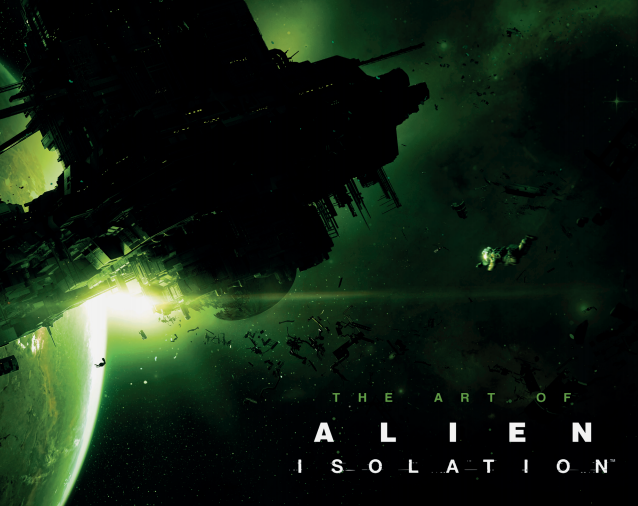 The Art of Alien: Isolation is a 2014 behind the scenes book containing production artwork from the video game Alien: Isolation, written by Andy McVittieand published by Titan Books. Артбук по игре Чужой: Изоляция

THE ART OF ALIEN: ISOLATION is an in-depth look at The Creative Assembly’s terrifying new take on the classic Alien franchise. Fifteen years after the events of Alien, Ellen Ripley’s daughter, Amanda, enters a desperate battle for survival on a mission to unravel the truth behind her mother’s disappearance. This book follows the studio’s vision from conception to execution and includes never-before-seen concept art, sketches, 3D renders and much more.

With extensive behind the scenes commentary from the artists and creators, this volume will take readers on a chilling journey through Sevastopol space station’s deserted corridors, cramped vents and finally, face-to-face with the Xenomorph, all realized in stunning and horrifying detail.